Spoiler alert: Game of Thrones film locations in Croatia that you want to see with your own eyes

Game of Thrones fans have been looking forward to it: the very last season of the most popular TV series of the moment. If you're questioning cries like 'Winter is coming', 'the dragons of the Khaleesi' and don't want to appear with bags as big as sandbags at work because he's been binge-watching uncontrollably, we advise you to emerge now. Because even when you don't care who eventually ascends the infamous iron throne, the setting of this fantasy series remains worth a visit. In order to depict the Seven Kingdoms of Westeros, the most beautiful places in the world have been used as film locations. My personal favourite? Croatia of course!

How fun it is to walk around in your favourite scene from Game of Thrones! More people think so. Tourism in Croatia, especially in the two main film locations Dubrovnik and Split, has risen considerably since this hit series has been on the air. If you want to take an organised tour of all the iconic places, you don't have to look far. Prefer to watch the Game of Thrones spots at your own pace? I've listed the four must-see spots.

The leading role among the film locations is reserved for Dubrovnik. This historic city, surrounded by high cliffs and thick city walls, is among the fans better known as King's Landing. The capital of the Seven Kingdoms could not have chosen a better background than Dubrovnik's stone palaces and breathtaking views. Like Queen Cersei, walk the walk of shame down St Dominic Street in the old part of town. Just keep your clothes on for the occasion.

"Discover all GOT spots and stay in a luxury lodge, located between Split and Dubrovnik. Glamping at Camping Nono Ban on the island of Brac. "

2. The dragon cellar of daenerys

Where better to keep dragons than in Diocletian's Palace in Split. The 1700 year old palace complex of the Roman Emperor Diocletian is a UNESCO World Heritage Site and the cellars are now also open to visitors. The underground tunnels are well preserved, despite the three highly inflammable dragons of Daenerys Targaryen who were imprisoned here for a while.

Half an hour's drive from Split lies, high on a rocky hill, the medieval fort of Klis. Many Croatian kings lived here, but as a Game of Thrones fan, this place is especially reminiscent of the scene where Daenerys frees thousands of slaves. Slave town Meereen is also a place of interest for non GOT enthusiasts. The fortress has a panoramic view over the Adriatic Sea and Split. Big boy if that doesn't make you opportunistic.

4. The palace gardens of King's Landing

Back to Dubrovnik, where the gardens of the Arboretum of Trsteno are just a quarter of an hour's drive away. With its thirty hectares of floral splendour, this coastal garden from the fifteenth century can be recognised in Game of Thrones as the garden around King's Landing. Imagine Margaery, Sensa or Tyrion as you walk past the Neptune statue and aqueduct to the pavilion overlooking the sea. With a little imagination you can see the Red Keep in the distance. 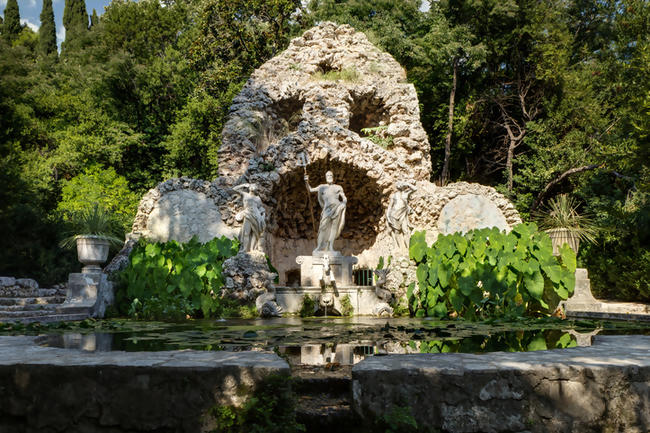 The greatest lodge that ever was or will be

These four must-sees are just the beginning of a long list of iconic film locations from the series. Take your time to see everything and stay in a luxury lodge, strategically located between Split and Dubrovnik. The new destination of Lodge Holidays, glamping Camping Nono Ban on the island of Brac, an hour's sail from Split. You probably won't meet Jon Snow here, but the real fan already knows 'he knows nothing'.